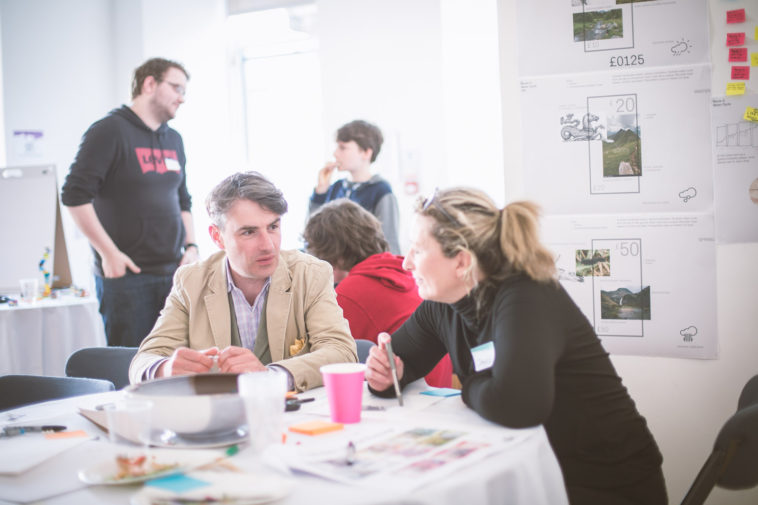 Royal Bank of Scotland has launched a new £10 polymer note. It’s the second in a series of new note designs which are the result of an ambitious, national, award-winning public design consultation which Graven was involved in.

The people of Scotland, over 1,000 of them from various backgrounds, had a direct role in the design of the notes. People were selected from all across Scotland from a wide cross-section of society including pensioners and school children. A team of specialists from fields including botany, poetry, marine science, numismatics and weaving also contributed their rich knowledge. Graven’s role involved working closely with the team on the concepts and creative direction, and liaising with the specialist printers in the final stages.

“I thought it was very interesting that the things the public wanted to celebrate through money were completely non-material. It was a complete democratisation of value; the things that money can’t buy.

The £10 note features Scottish astronomer Mary Somerville, a pioneering mathematical genius appointed as the first female member of the Royal Astronomical Society, in the nineteenth century. Born in 1780, she is credited with the discovery of Neptune due to her suggestions of a planet near Uranus.

The £5 note that entered circulation last year featured the image of novelist and poet Nan Shephard. Catherine Cranston’s image will feature on the RBS £20 note, to be issued from 2020. Born in 1849, Cranston opened a number of tea rooms in Glasgow which welcomed “unchaperoned women”.

The design collaboration was led and managed by Nile , headed up by Project Lead, Jeni Lennox.

Check out the story behind The People’s Money: http://nilehq.com/work/peoples-money/