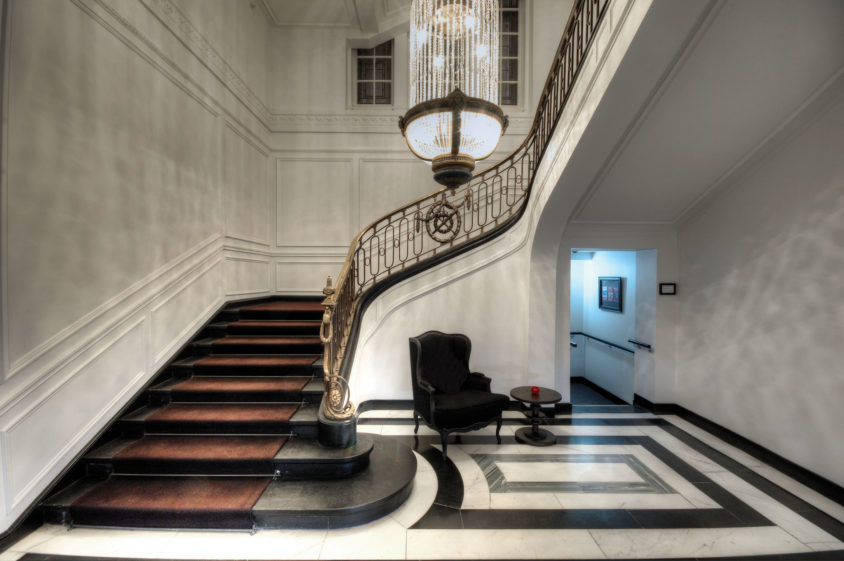 Graven designed the interiors of Blythswood Square, an award-winning 5-star hotel, for The Townhouse Company. This building on Blythswood Square was the former headquarters of the Royal Scottish Automobile Club.

We designed the 100 bedrooms, world-class spa, a screening room, Rally Bar, main bar and restaurant, meeting and event spaces, the Salon and reception. We also designed all furniture throughout the entire hotel, including dining chairs and lounge chairs, tables, all bedroom furniture and bathrooms, a range of bespoke lampshades, light fittings and bespoke carpets and rugs.

The Club was one of eight official starting points of the 1955 Monte Carlo Rally, which returned to its starting point in 2011 to celebrate its 100th Anniversary.

We specified a wide range of Harris Tweed throughout including some patterns that haven’t been used in 60 years and spent time at the mill with the weavers, to decide on the range. Graven also created an innovative product range of contemporary tweeds, upholstered furniture, lampshades, throws and soft furnishings and designed an exclusive range of Harris Tweed® furniture as part of our role as designers on Blythswood Square. 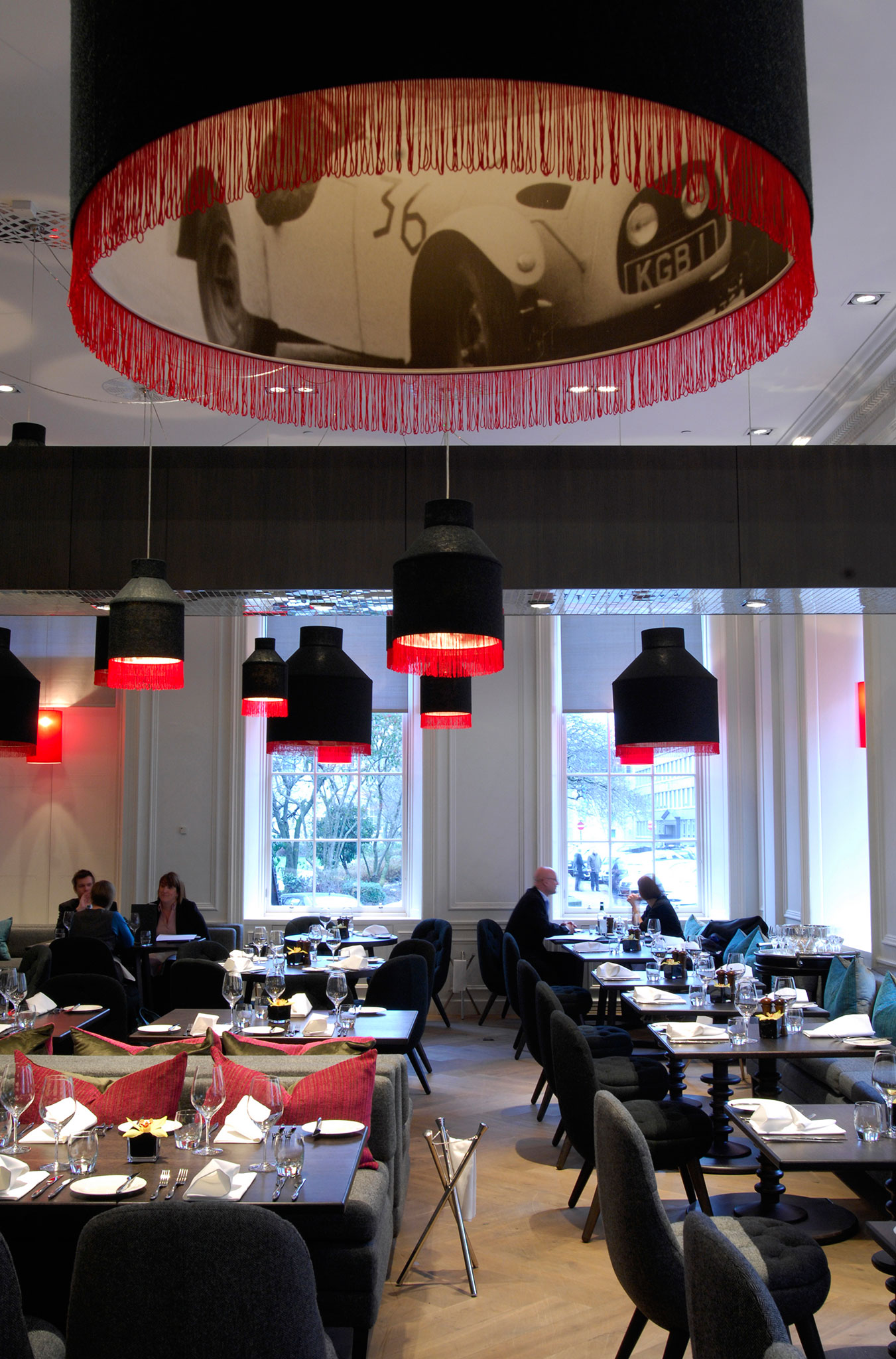 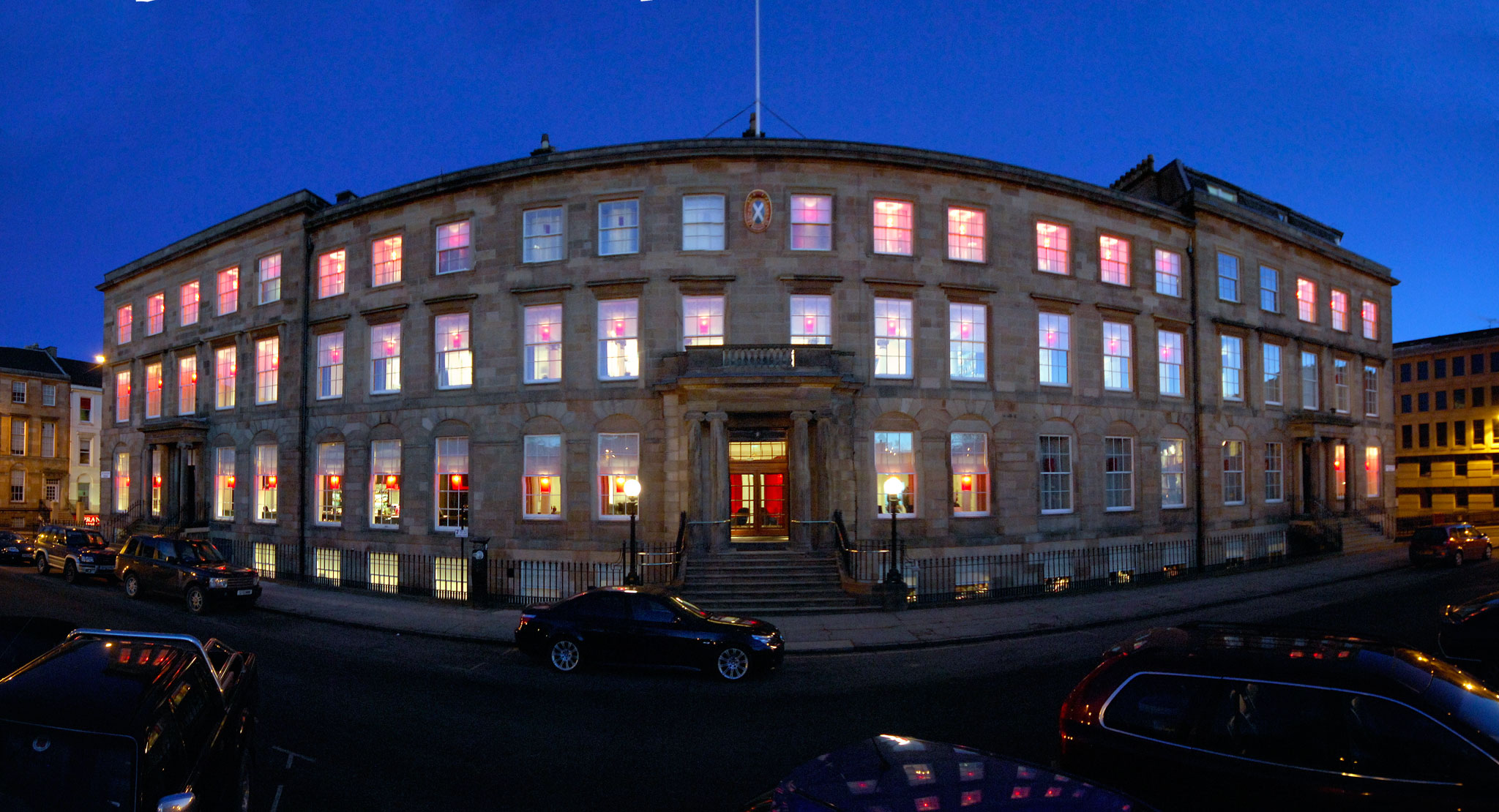 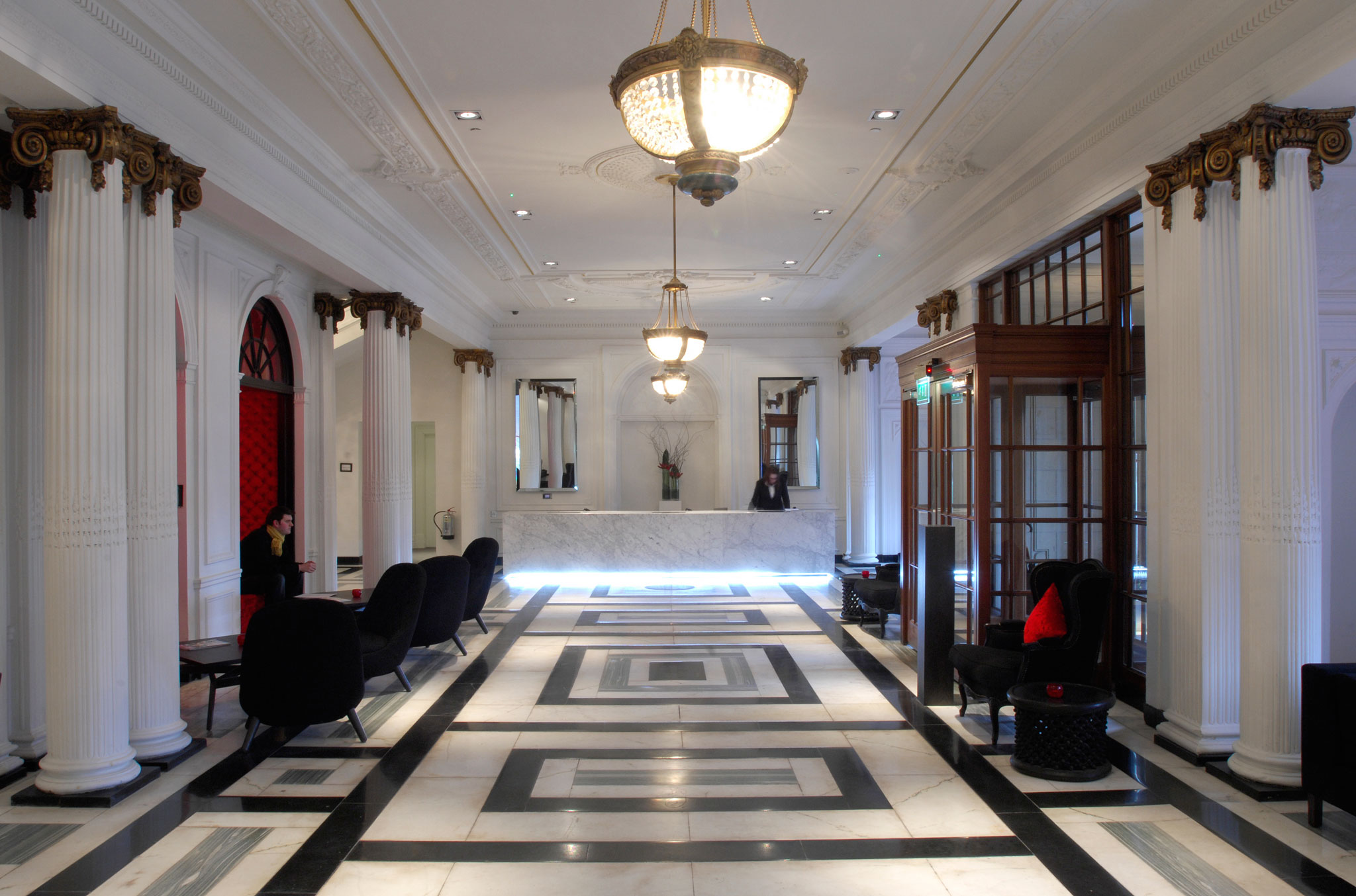 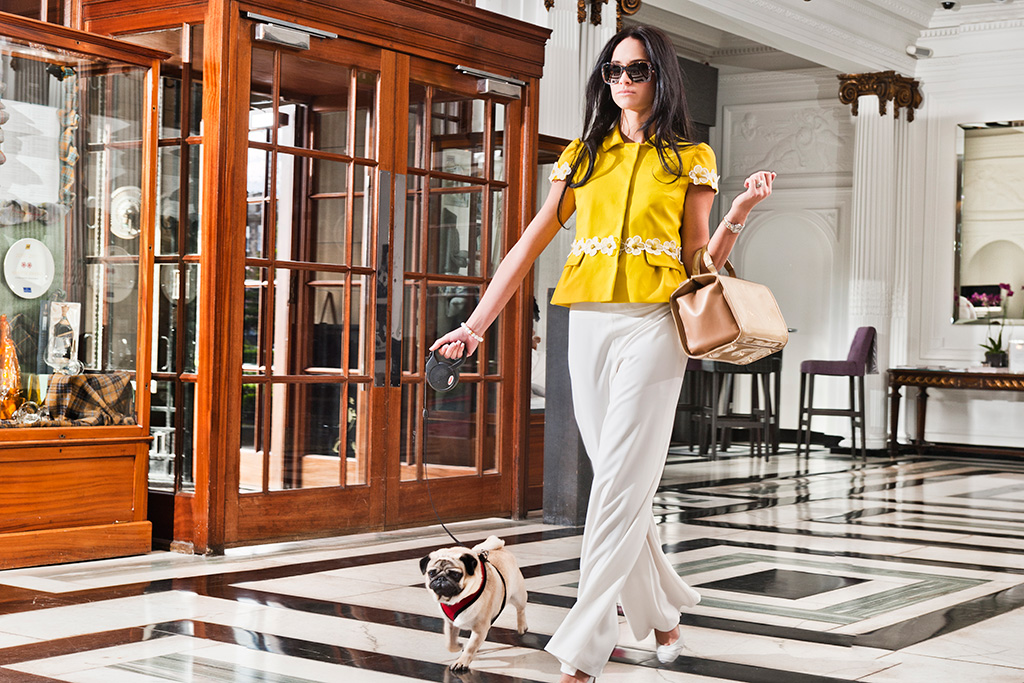 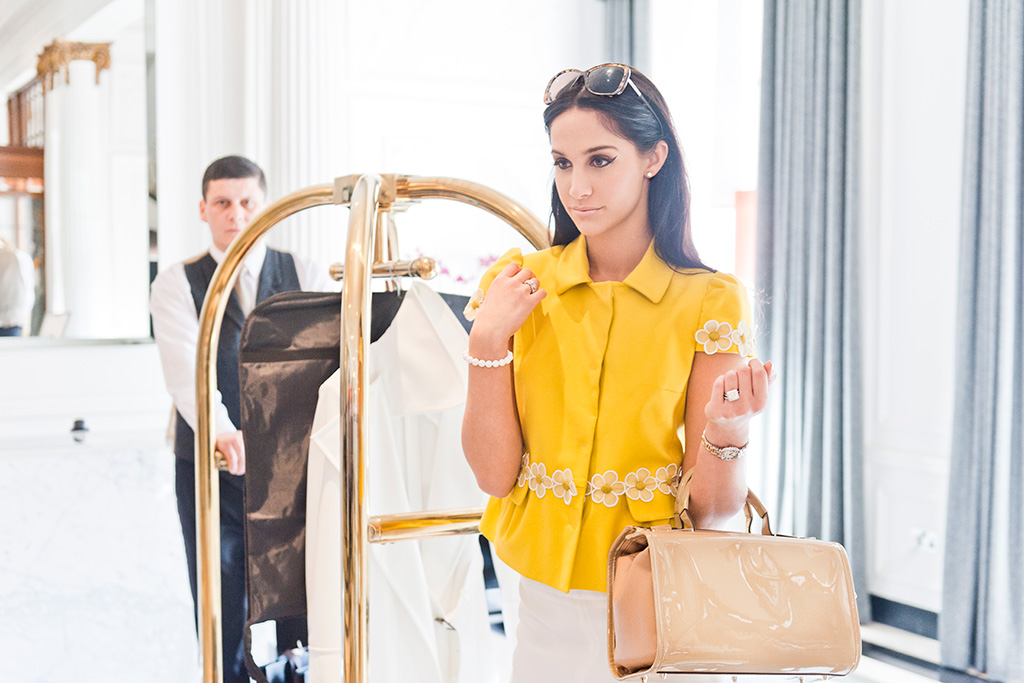 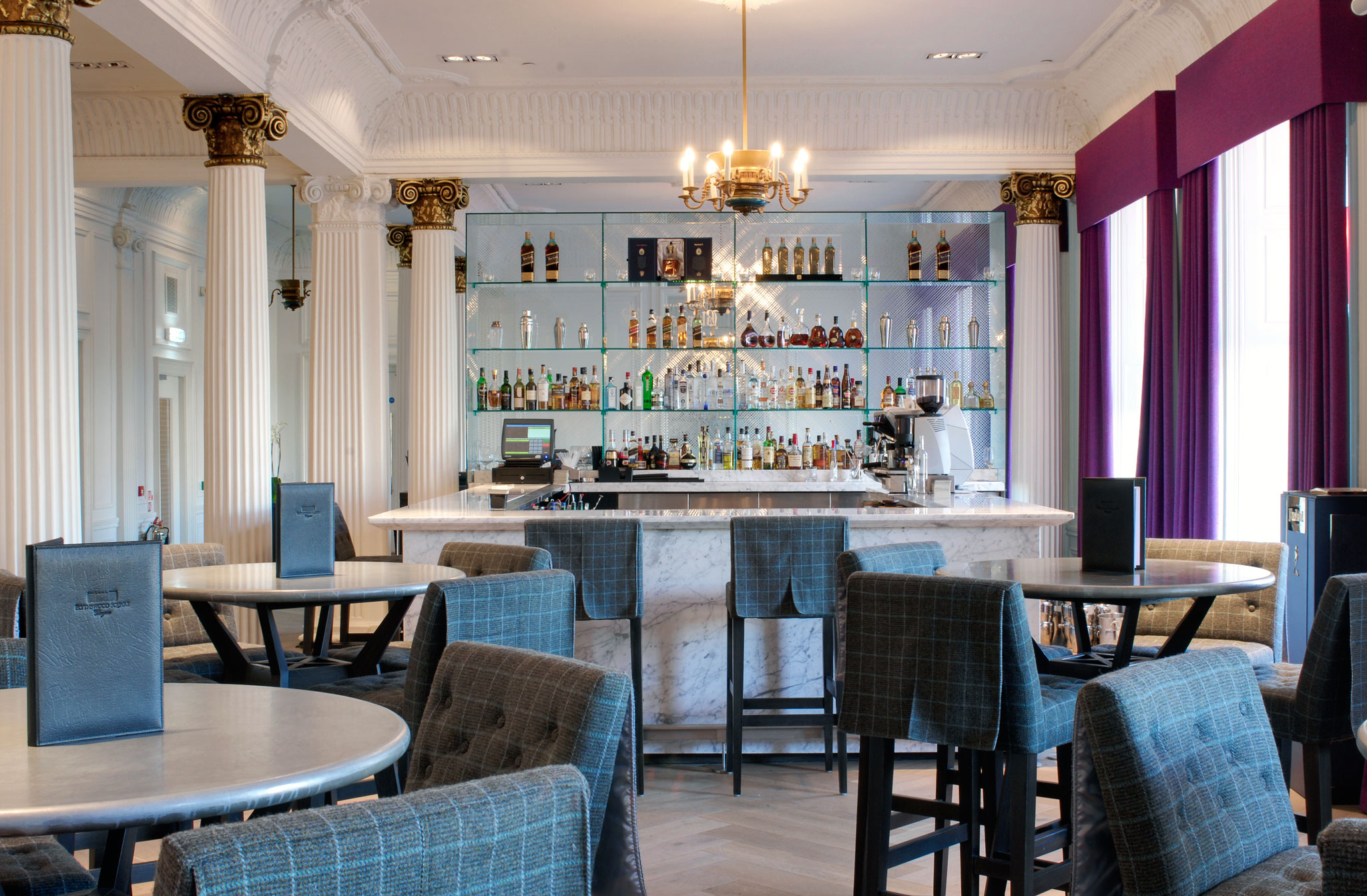 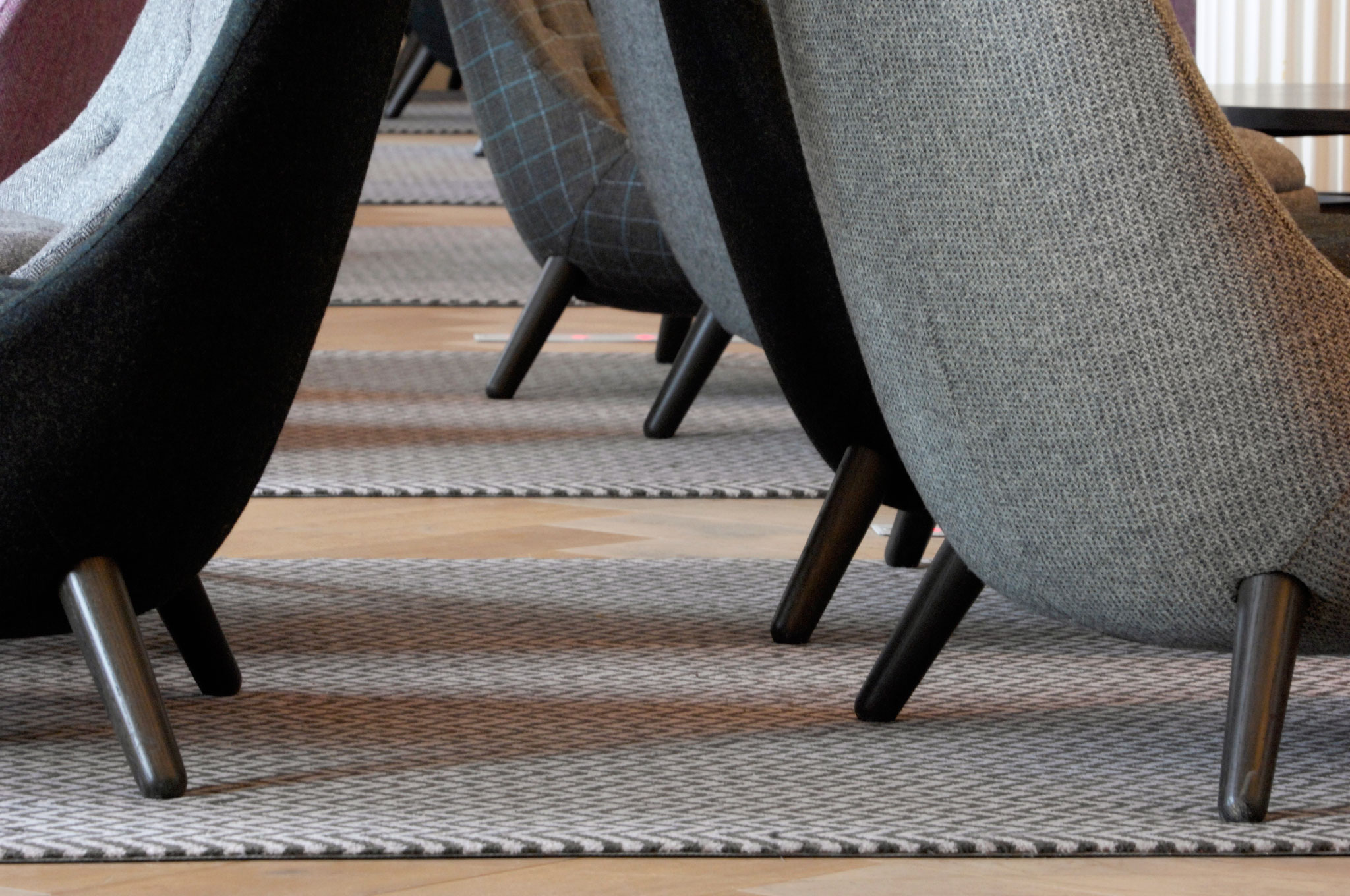 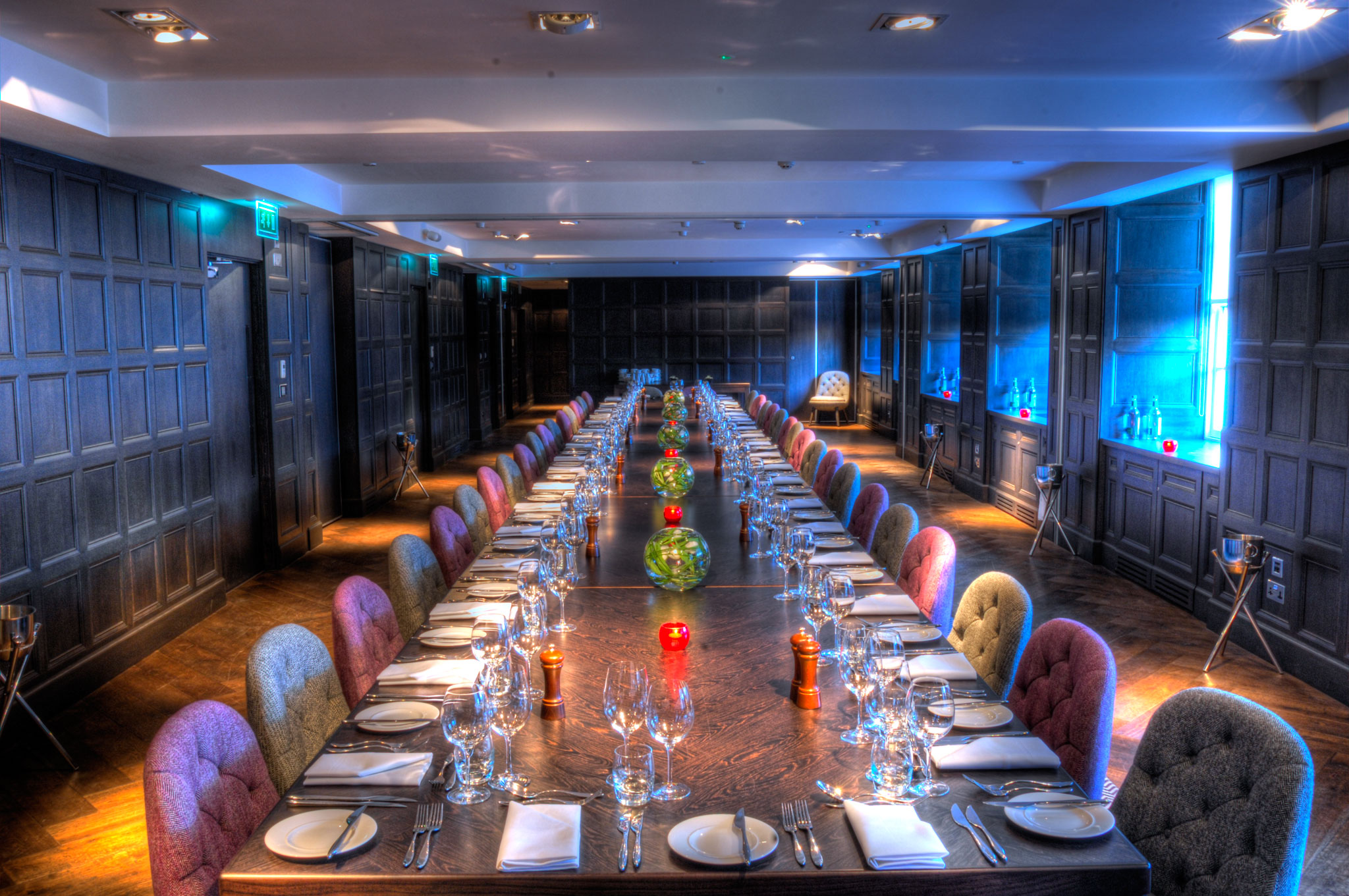 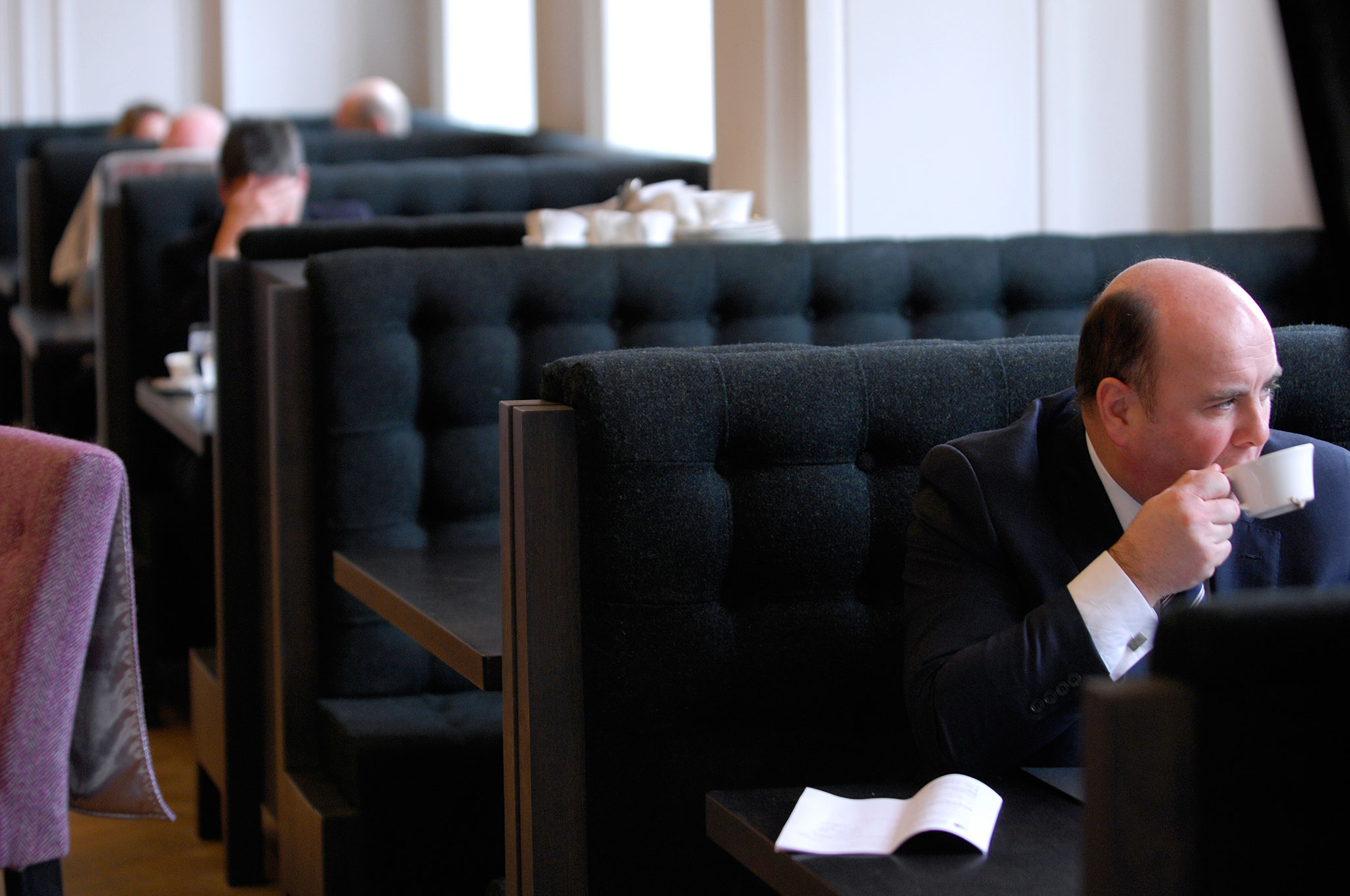 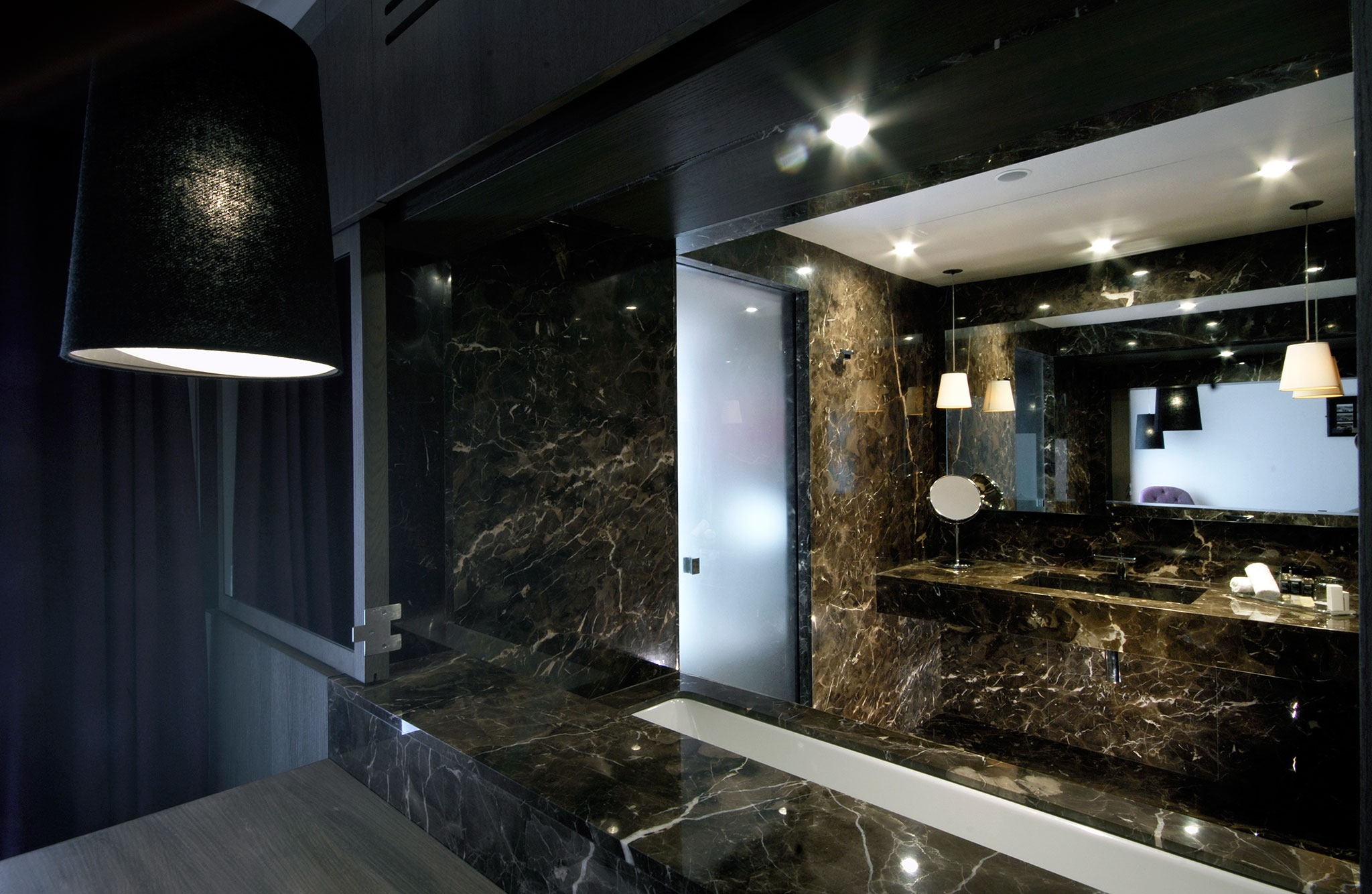 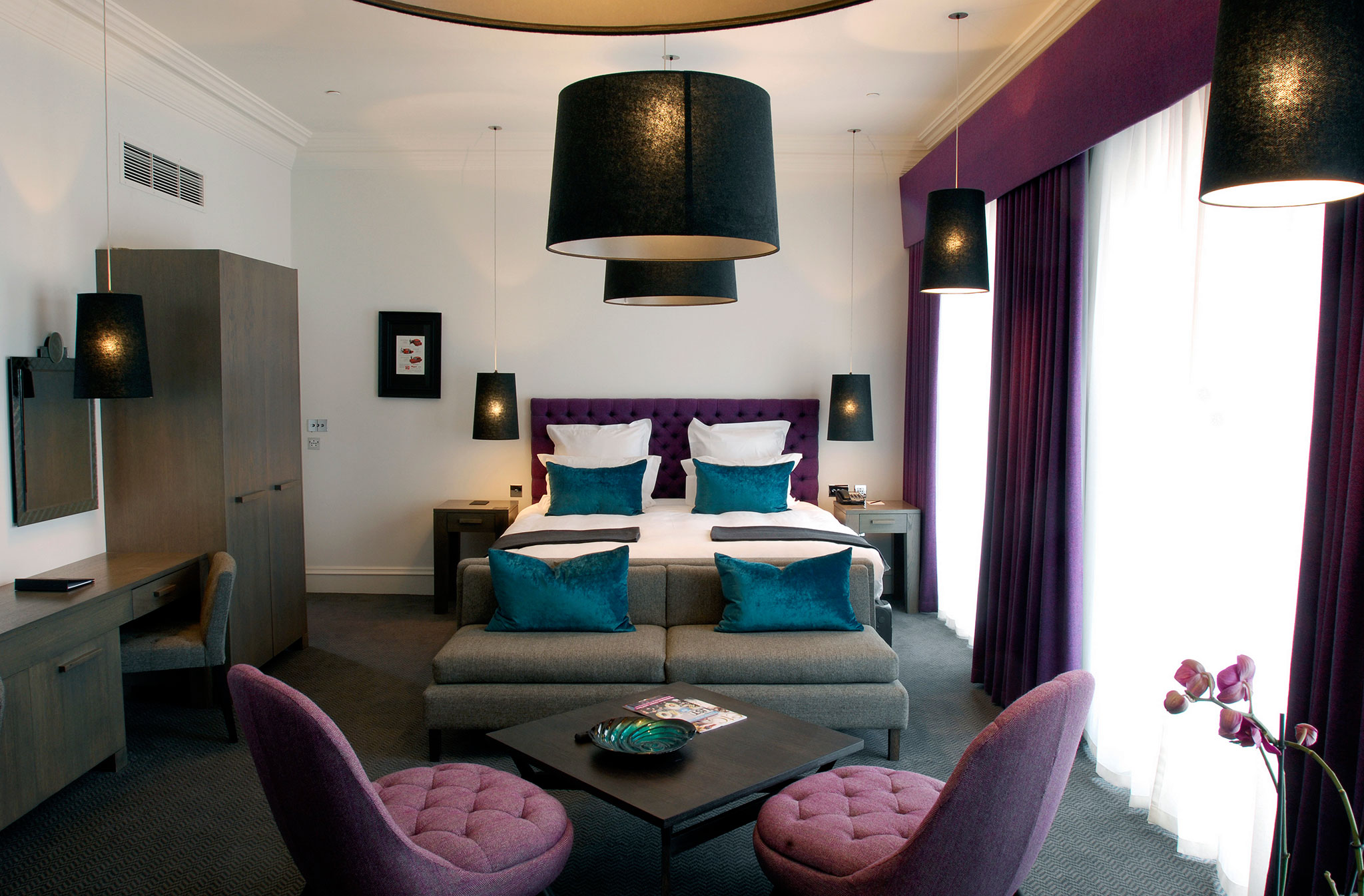 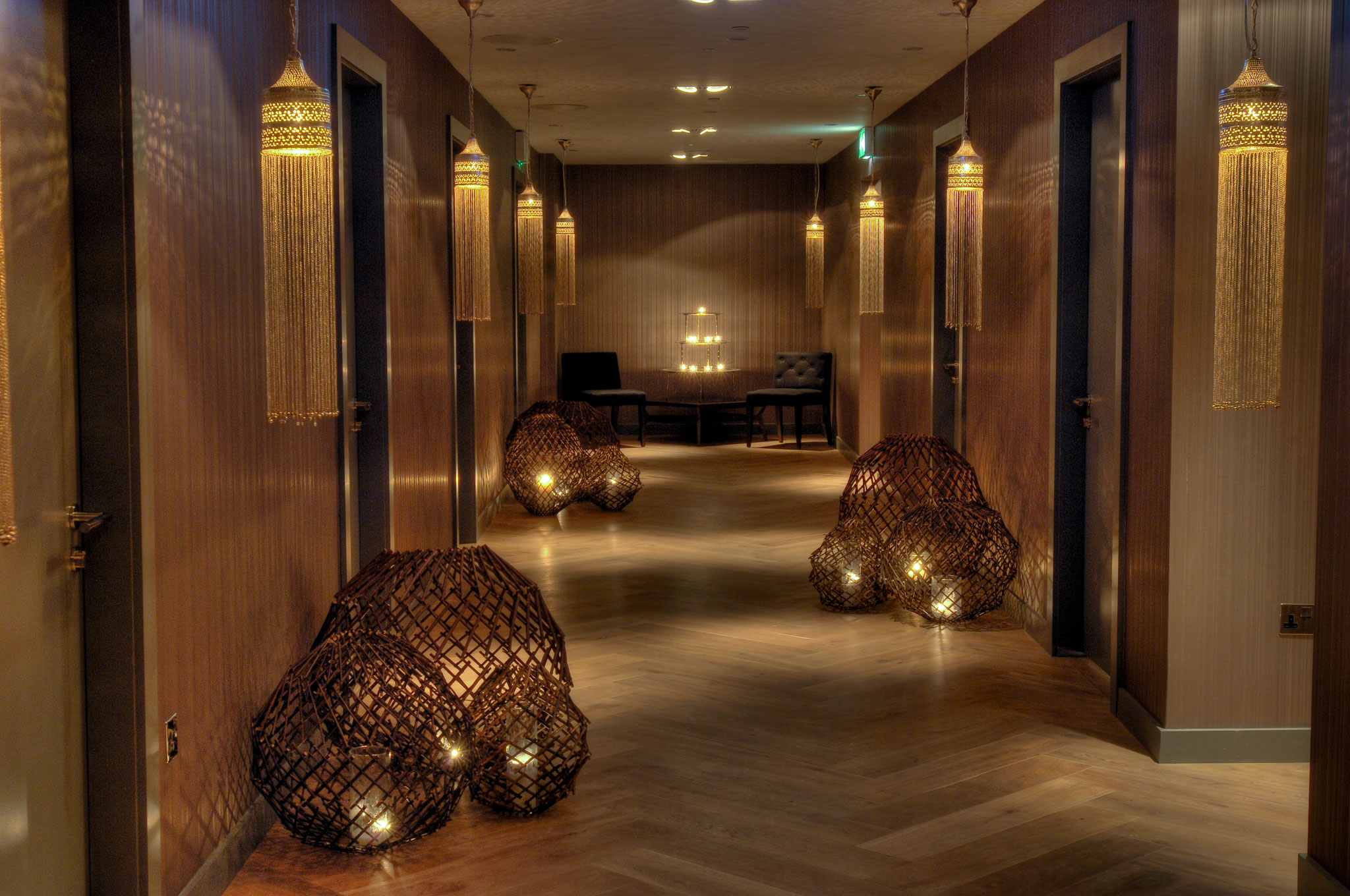 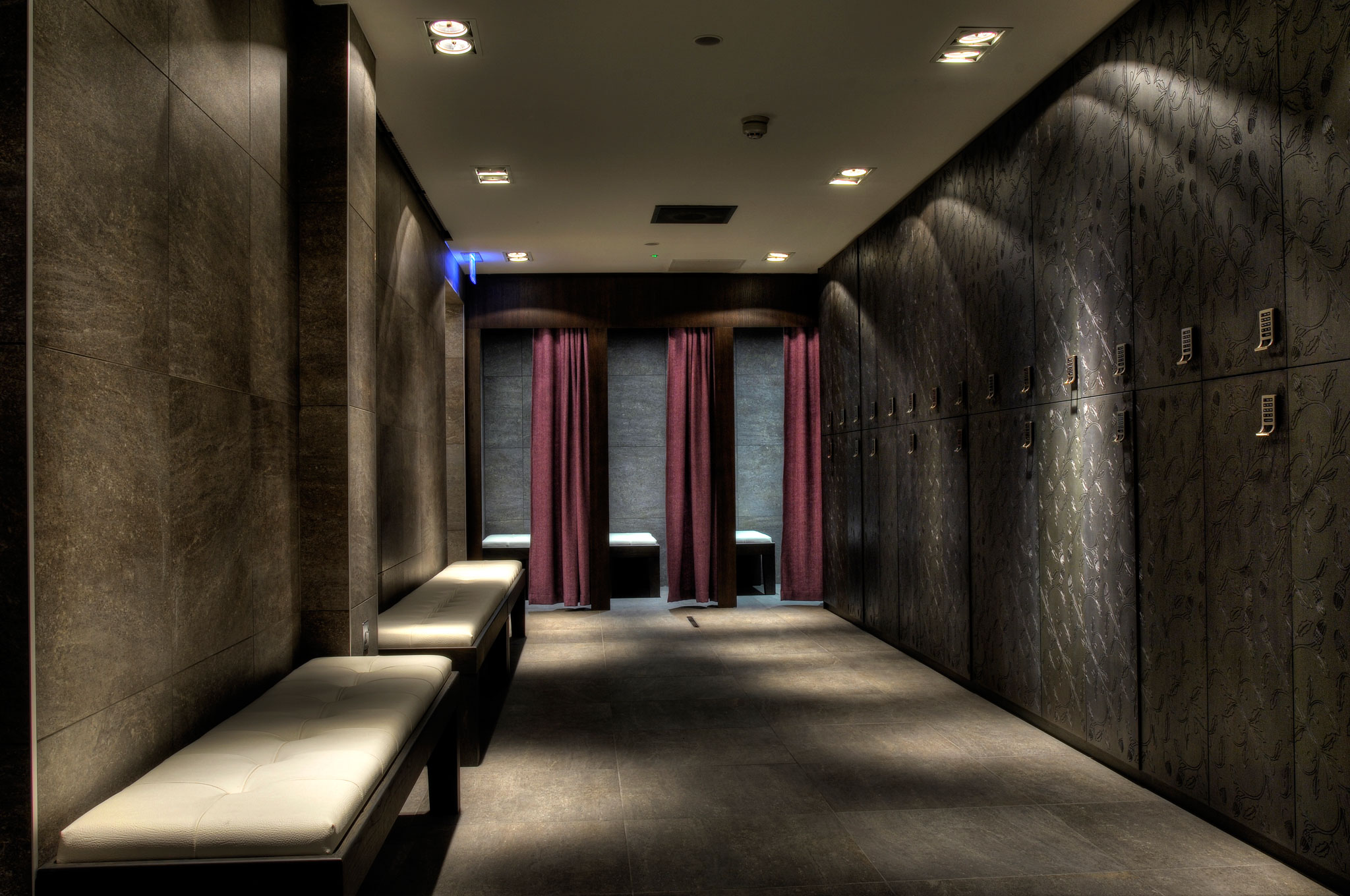 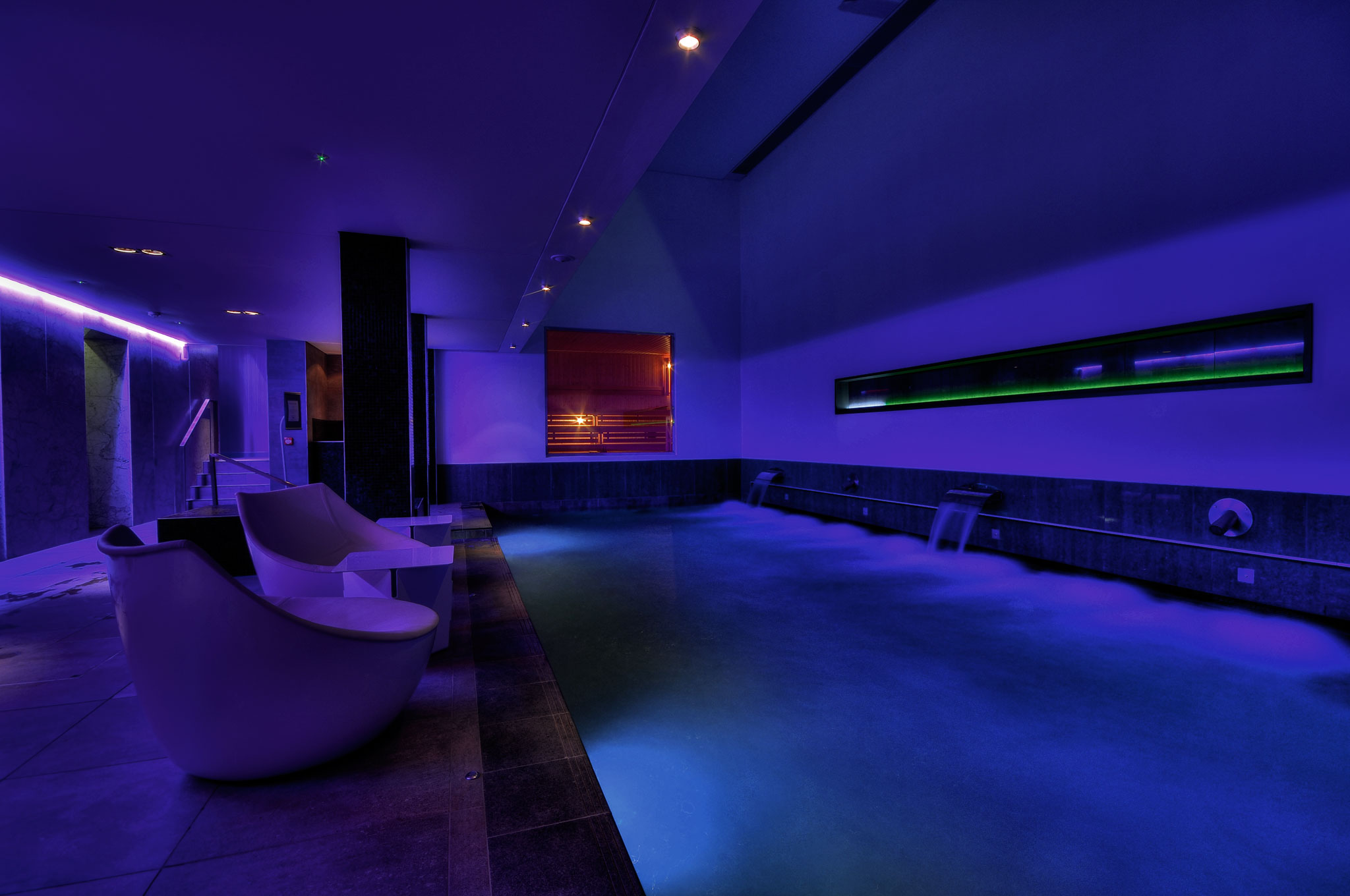 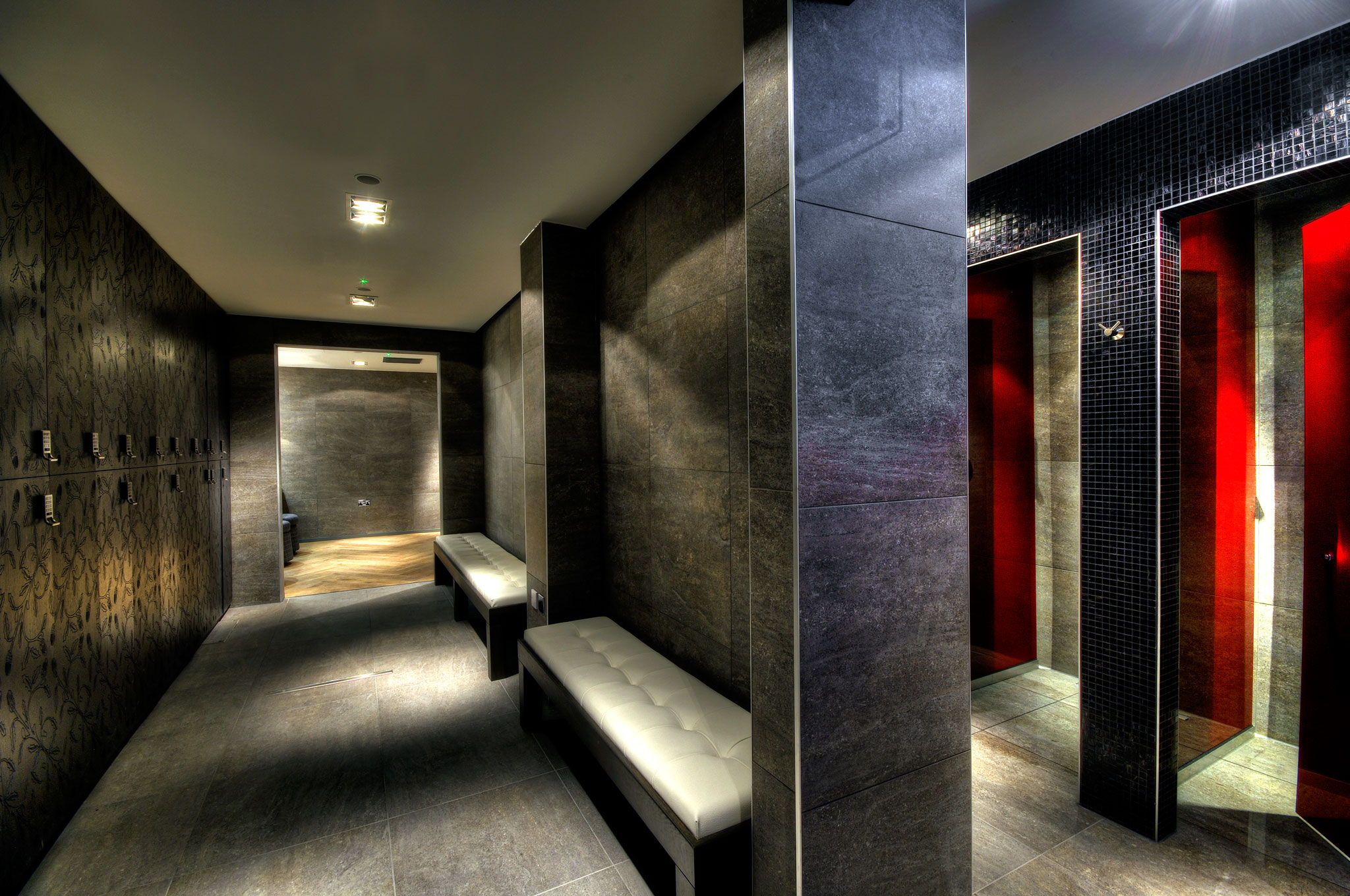 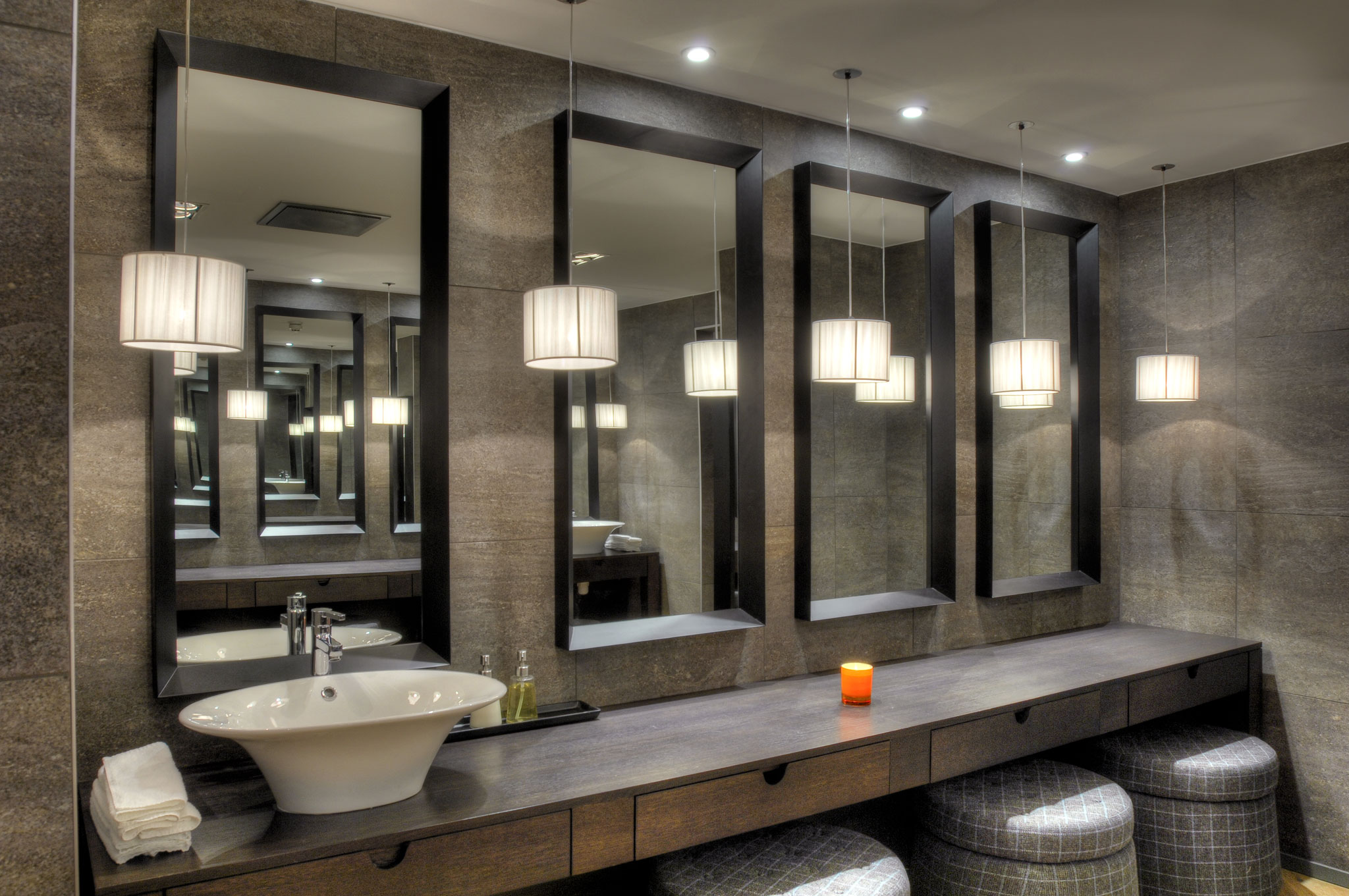