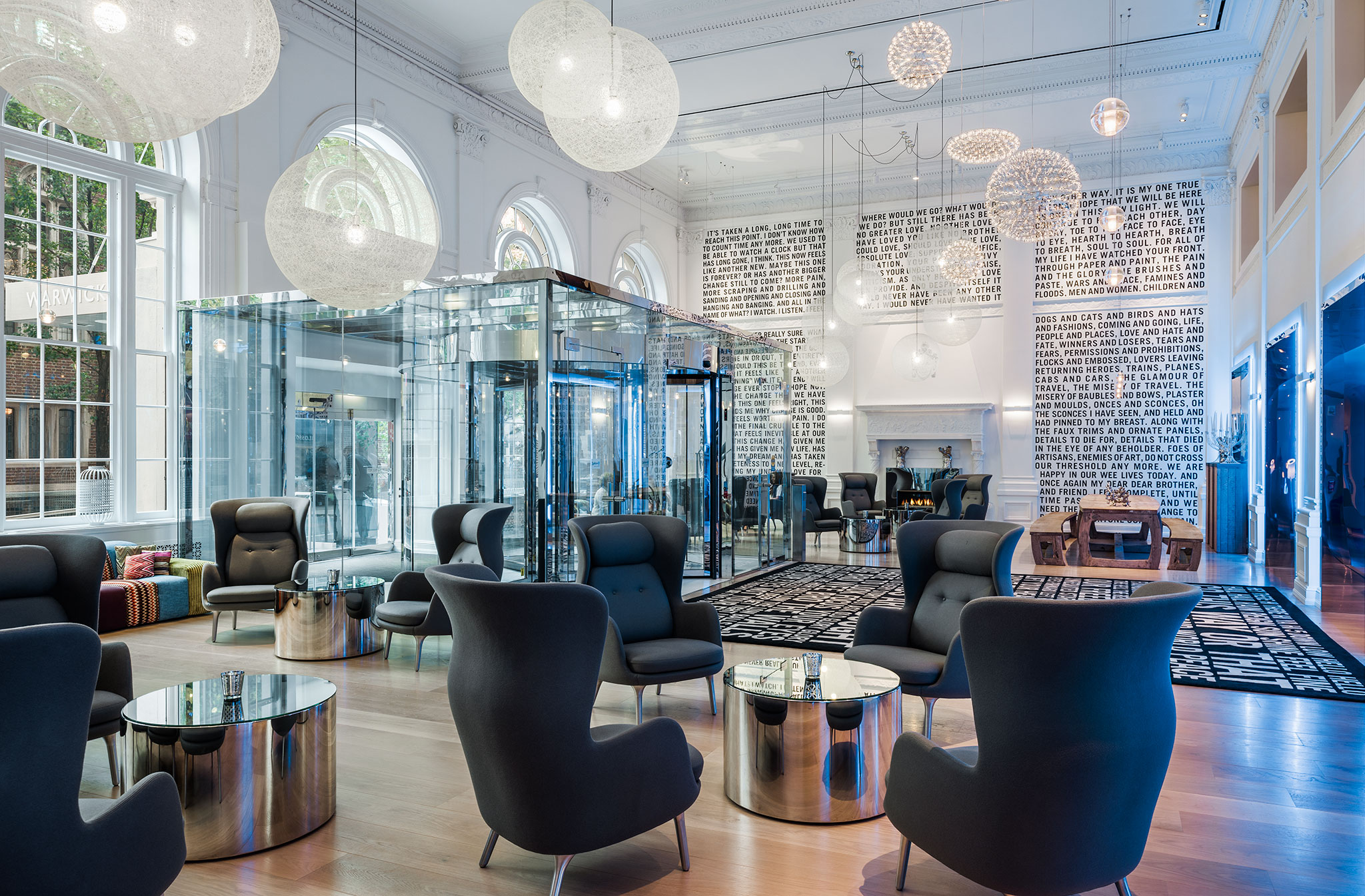 With the Radisson Blu Warwick Hotel, Philadelphia, Graven created a design that speaks to the landscape and culture of the city, ensuring it is relevant and tells a tale while keeping in mind the brand’s edgy and ‘upper-upscale’ characteristics.

The approach was to neutralize the more ornate background pieces and infuse them with some strong contemporary pieces that align with the hotel’s design ethos. Standout features of the new lobby include predominant pendant lighting in a mix of pieces from Dutch and Canadian craftsmen.

A feature rug of black and white text in the entrance lobby creates a level of curiosity for guests and complements two massive surface applied art installations on both bookend walls that encompass the two existing fireplaces. These two pieces set the overall tone of the room and reinforce Carlson’s commitment to a strong contemporary art presence in each of its new Radisson Blu hotels.

The hotel’s historic connection to the city is now underscored with interesting, Philadelphia-centric art displayed throughout the corridors and on the headboards in each room, giving the property a true sense of place. 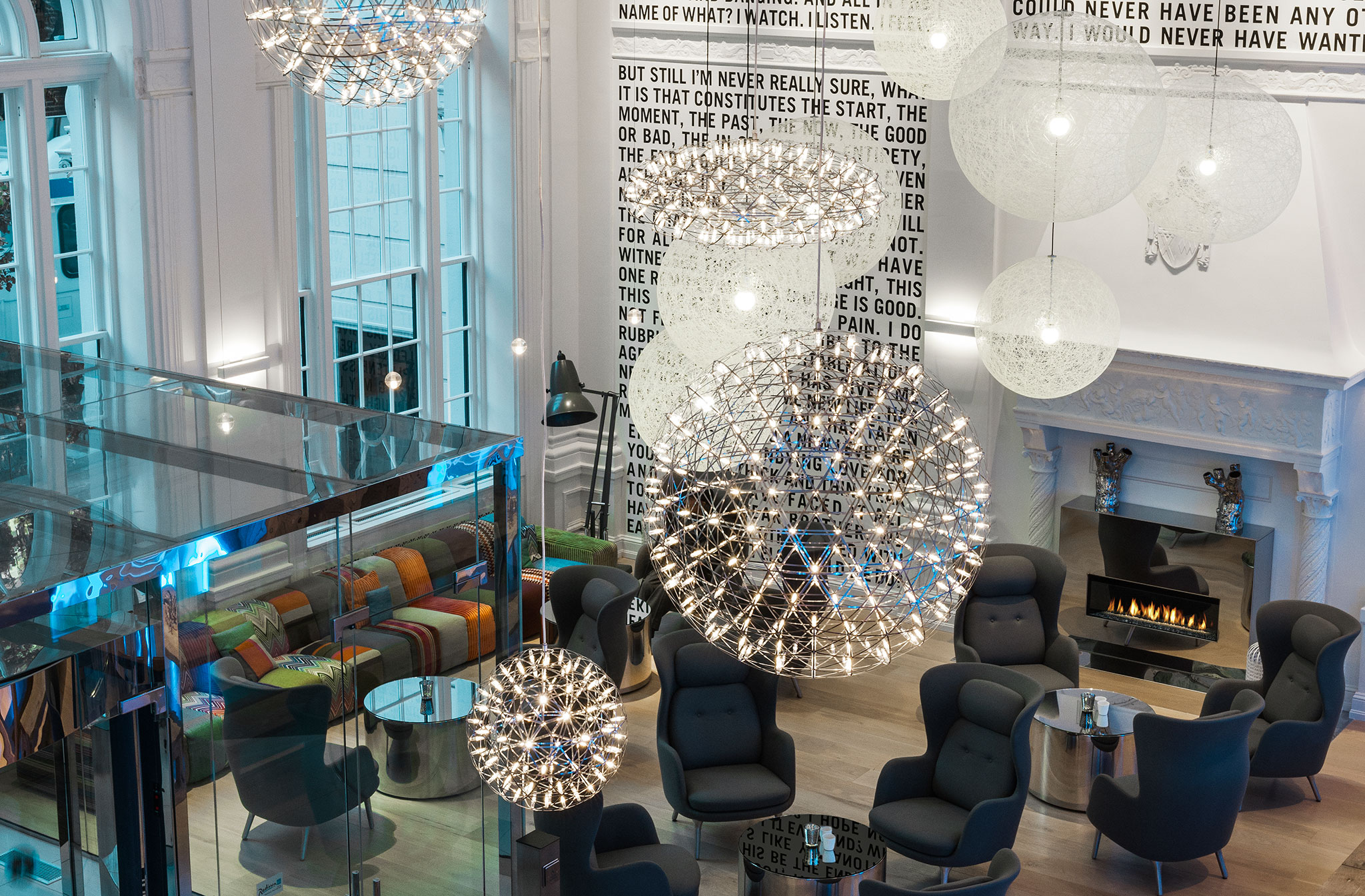 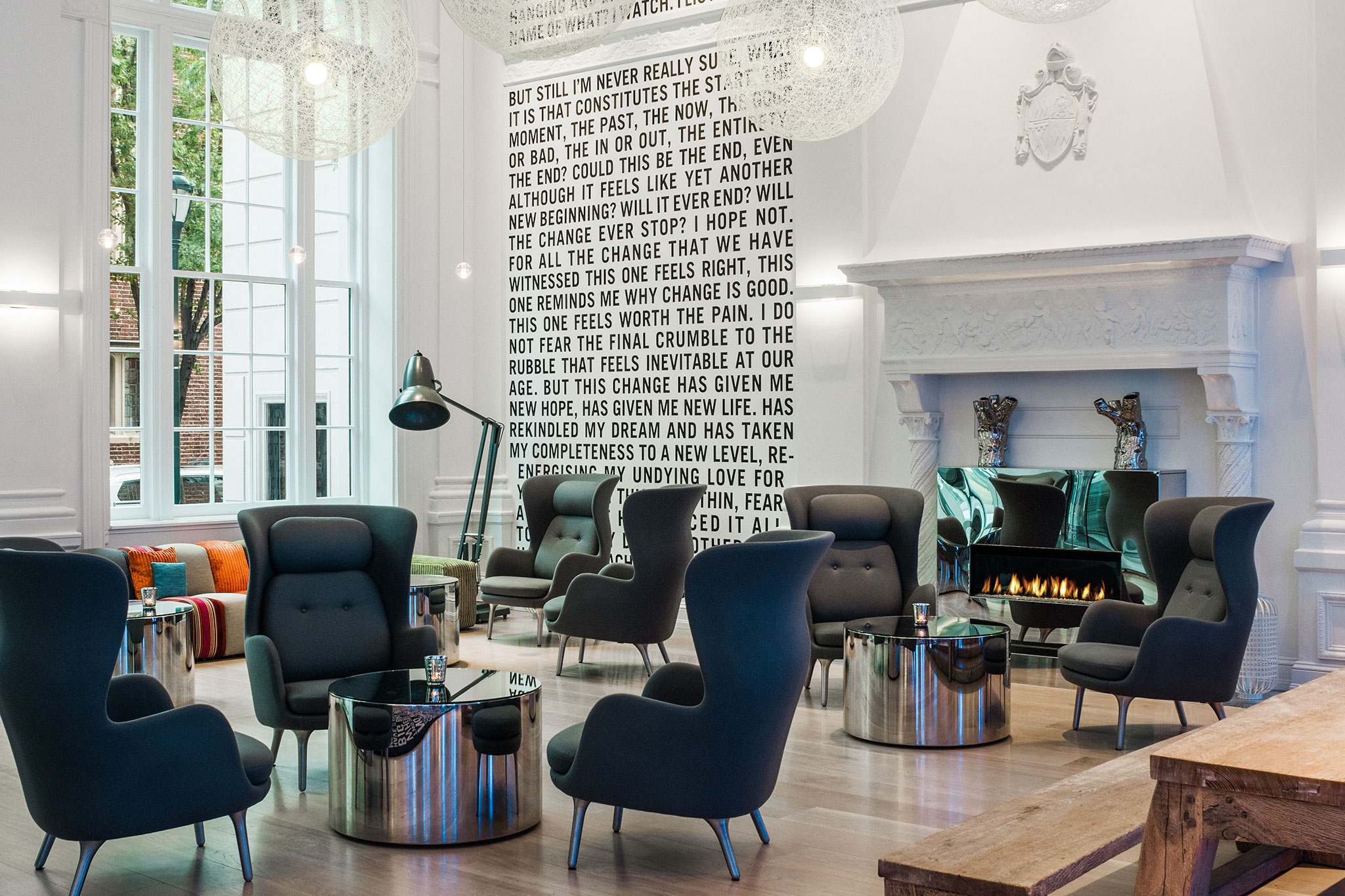